On Saturday, July 12, I led a walk-around tour at the Museum of Flight - covering the history of Boeing jetliners.  My thrust was perhaps a little different from that which some may have expected.  For me, the success of Boeing's jet transport line was not the designing, and building, and flying of the 707 - it was something else - a subtle but profound attitude change inside Boeing.  And the critical event was not the kick-off order for the 707 from Pan Am, but rather the later order from American Airlines.

You can read all about it here:

And here is Tex Johnston doing his famous barrel roll: 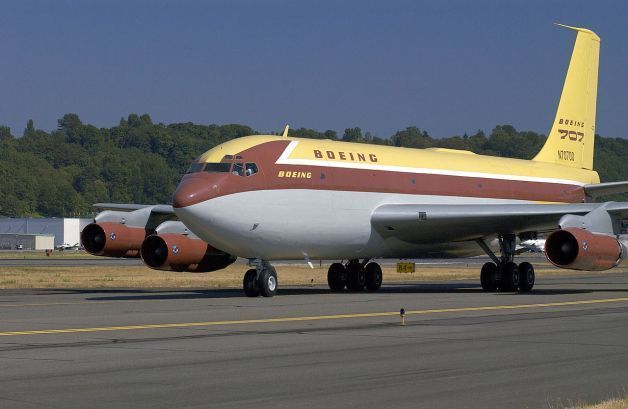 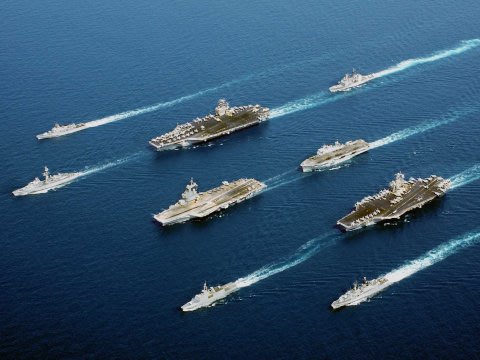 http://finance.yahoo.com/news/one-chart-explains-why-us-183100659.html
Today is the feast day of St. Olga 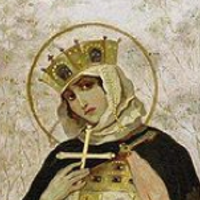 The following account is taken from the Primary Chronicle. Princess Olga was the wife of Igor of Kiev, who was killed by the Drevlians. At the time of her husband's death, their son Svyatoslav was three years old, making Olga the official ruler of Kievan Rus until he reached adulthood. The Drevlians wanted Olga to marry their Prince Mal, making him the ruler of Kievan Rus, but Olga was determined to remain in power and preserve it for her son.

The Drevlians sent twenty of their best men to persuade Olga to marry their Prince Mal and give up her rule of Kievan Rus. She had them buried alive. Then she sent word to Prince Mal that she accepted the proposal, but required their most distinguished men to accompany her on the journey in order for her people to accept the offer of marriage. The Drevlians sent their best men who governed their land. Upon their arrival, she offered them a warm welcome and an invitation to clean up after their long journey in a bathhouse. After they entered, she locked the doors and set fire to the building, burning them alive.

With the best and wisest men out of the way, she planned to destroy the remaining Drevlians. She invited them to a funeral feast so she could mourn over her husband's grave, where her servants waited on them. After the Drevlians were drunk, Olga's soldiers killed over 5,000 of them. She returned to Kiev and prepared an army to attack the survivors. The Drevlians begged for mercy and offered to pay for their freedom with honey and furs. She asked for three pigeons and three sparrows from each house, since she did not want to burden the villagers any further after the siege. They were happy to comply with such a reasonable request.

Now Olga gave to each soldier in her army a pigeon or a sparrow, and ordered them to attach by thread to each pigeon and sparrow a piece of sulfur bound with small pieces of cloth. When night fell, Olga bade her soldiers release the pigeons and the sparrows. So the birds flew to their nests, the pigeons to the cotes, and the sparrows under the eaves. The dove-cotes, the coops, the porches, and the haymows were set on fire. There was not a house that was not consumed, and it was impossible to extinguish the flames, because all the houses caught on fire at once. The people fled from the city, and Olga ordered her soldiers to catch them. Thus she took the city and burned it, and captured the elders of the city. Some of the other captives she killed, while some she gave to others as slaves to her followers. The remnant she left to pay tribute.[2]