Jackie Coogan enlisted in the Army in March 1941 but requested transfer to the Army Air Forces as a glider pilot after Pearl Harbor because of his civilian flying experience. He then volunteered for hazardous duty in the 1st Commando Air Group. In December 1943, the unit was sent to India. He flew British troops, the Chindits, under General Orde Wingate on March 5, 1944, landing them at night in a small jungle clearing 100 miles behind Japanese lines in the Burma Campaign. There he is, kneeling, front row, far right, his Waco glider in the background 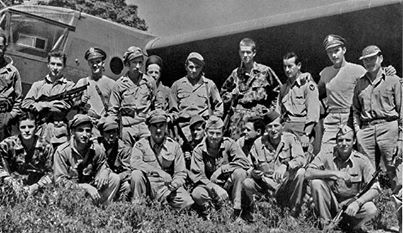 After a training flight in India, Coogan, impatiently waiting for a jeep to pull his Waco back to the assembly area, waltzed over and unhitched an elephant from a teak log and onto his glider. Things were going just fine until the elephant, looking behind and seeing this unknown monster (the Waco) following him, panicked and broke into an elephantine gallop into the nearest forest, despite Coogan's imprecations and curses. The wings were torn off and the glider used for parts, one would suppose. He was told, very sternly, to wait for the jeep next time. 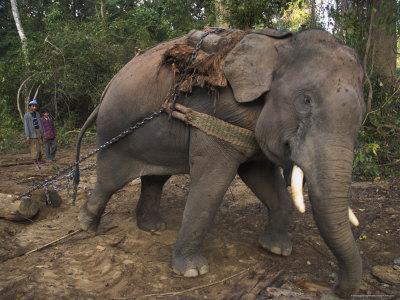 We useter watch the steamers an' the hathis pilin' teak.
Elephints a-pilin' teak
In the sludgy squdgy creek,
Where the silence 'ung that 'eavy you was 'arf afraid to speak!