Just in case any of you are considering flying with or for a Chinese airline.

A pilot for a Chinese carrier requested permission and landed at  FRA ( Frankfurt , Germany) for an unscheduled refueling stop.

The reason soon became apparent to the ground crew:  The Number 3 engine had been shutdown previously because of excessive vibration, and because it didn't look too good. It  had apparently been no problem for the ground crew back in China: as they took some sturdy straps and wrapped them around two of the  fan blades and the structures behind, thus stopping any unwanted wind-milling (engine spinning by itself due to airflow passing through the  blades during flight) and associated uncomfortable vibration caused by the sub optimal fan. 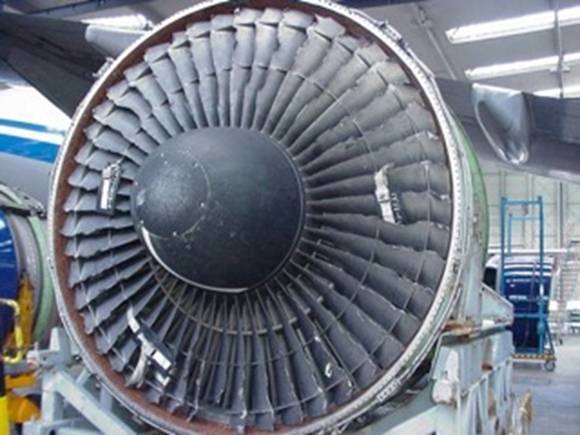 Note that the straps are seat-belts.... how resourceful!

After making the "repairs", off they went into the wild  blue yonder with another revenue-making flight on only three engines!

With the increased fuel  consumption, they got a bit low on fuel, and just  set it down at the closest airport (FRA) for a quick refill.

That's when the problems started: The Germans, who are kind of picky about  this stuff, inspected the malfunctioning engine and immediately grounded the aircraft. (Besides the seat-belts, notice the appalling condition of the fan blades.)

The airline operator had to send a chunk of money to get the first engine replaced (took about 10 days). The repair contractor decided to do some impromptu inspection  work on the other engines, none of which looked  all that great either.

The result: a total of 3 engines were eventually changed on this plane before it was permitted to fly again. 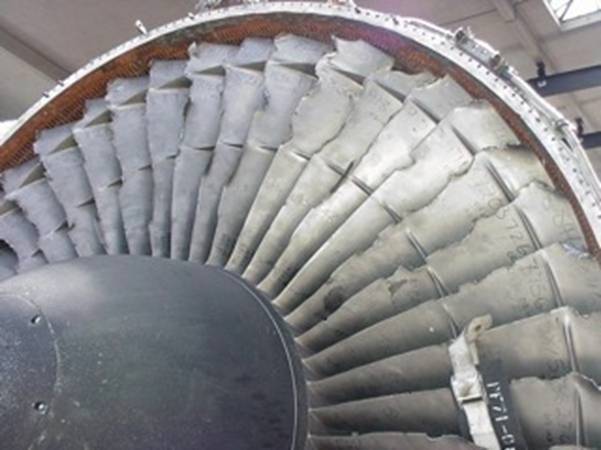 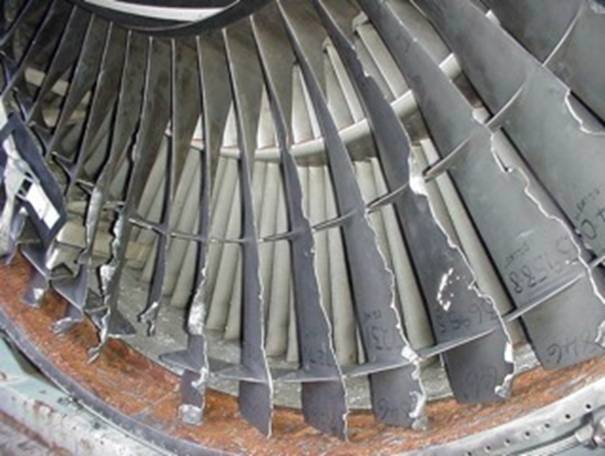 And you all were worried about toys with lead paint!!!!